Westmorland, Furness and Eden Liberal Democrats Working hard for you

Before Christmas Tim presented a petition to Parliament for better mental health care for young people in Cumbria.

Huge Government cuts to the public health budget have left Cumbria only being able to spend £75,000 on preventative health measures for young people - this works out as just 75p per person.

Back in 2015, the coalition Government agreed to spend £25m per year for Cumbria's public health budget, but the Conservative Government has broken this promise and now allocates £7m less than originally promised for the county.

This month, Tim met with health minister Jackie Doyle-Price to ask her to urgently intervene.

The minister said she was "horrified" by the situation and promised to personally intervene with the Cumbria Partnership Trust. 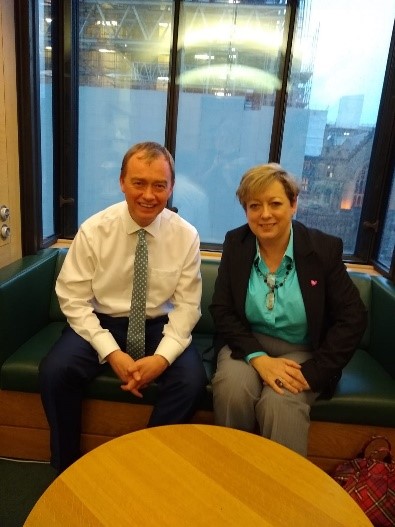 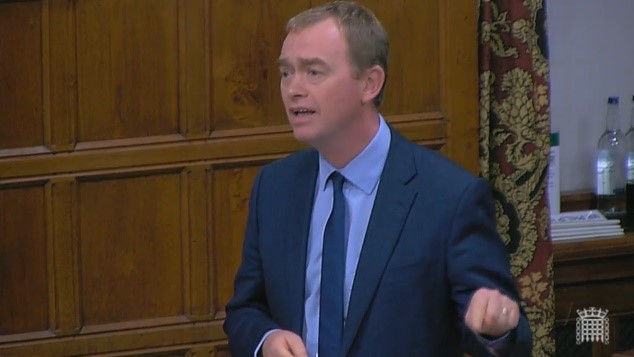 A recent investigation by the Times Educational Supplement found that some young people in the county are waiting more than a year for treatment by child and adolescent mental health services (CAMHS).

Recent figures from the Trust also show that they are badly missing targets when it comes to eating disorder services, with over three quarters of young people with eating disorders not being seen by a psychologist within the national standard of four weeks.

“People in South Cumbria with mental health problems deserve to have the best quality mental health services, but you’re not going to get that if the people responsible for those services are trying to wash their hands of you.

“So I’m really grateful that the minister promised to intervene so that people are able to get the help they need and deserve.”

We want to call on the Government to end the 75p insult and give Cumbria the money it needs to help keep our young people mentally healthy and support those who are in the early stages of experiencing mental health problems.

If you agree, then please sign our petition below:

The elections were triggered following the sudden passing of much-loved Councillor Ian Stewart.

In the Kent Estuary County Council seat, Pete McSweeney secured an excellent increase in the Lib Dem vote share – from 53% to 62% – whilst the Conservative, Green and Labour vote shares all fell.

In the Arnside & Milnthorpe District Council seat, Helen Chaffey also achieved a significant increase in the vote share, from 50% to 59%.

Tim said: “I’m so incredibly grateful to everyone who voted for our local Lib Dem team yesterday. Pete and Helen work really hard for their local community. And I know, alongside local councillor Rupert Audland, they will continue to get things done for the villages of Kent Estuary.” 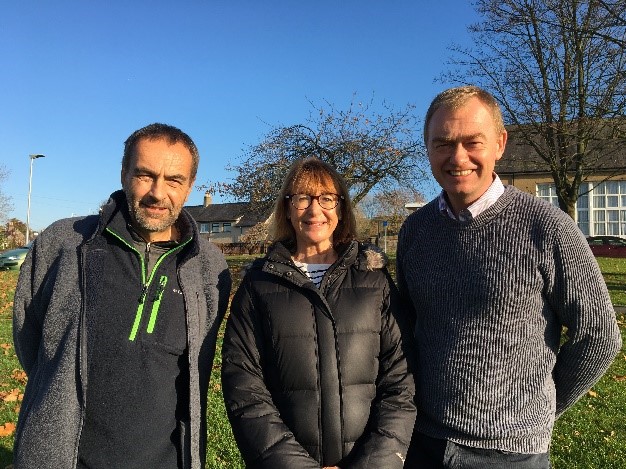 Coinciding with UK Parliament Week (12th – 18th Nov), we held a special ‘Youth Forum’ event where students from local schools and colleges were invited to take part in a group discussion and debate with Tim.

The agenda included discussing issues such as social media, mental health, youth poverty and homelessness, and Brexit. We had some really interesting debates at the event, especially around the question: ‘Should we have a ‘People’s Vote’ on the final Brexit deal?’, and if so, ‘Should 16- and 17-year-olds be allowed a say on this and future votes?’.

We got some great feedback from participants, including some interest in volunteering and work experience opportunities. 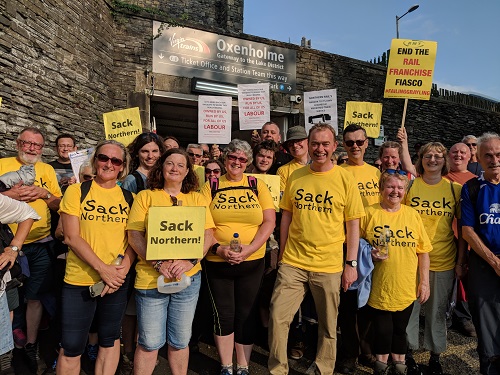 We have been working hard on our campaign to try and improve the current chaos that is Northern Rail.

Turning up to the station to find your train has been cancelled has sadly become a familiar experience for people in Cumbria.

Mass cancellations on both the Lakes and Furness lines in the last six months show that Northern is not fit to run either service.

Tim said: "Over the past few months Northern have taken under-performance to new heights in the North West and created misery for thousands of people's lives.

"The issues have been going on for months and are getting worse. Something has to be done. If they can't provide a good service, they should not do it at all."

In June of last year, Tim led a 12-mile march from Windermere to Oxenholme in protest against the cancellations.

If you agree that we should ‘sack Northern’ so that a company which is actually capable of providing a reliable service can take over, please sign out petition below:

The Passing of Paddy

As people learnt of Paddy’s death, they took to social media to share their memories.

Tim tweeted: ‘Paddy Ashdown was a hero to me, he saved and revived the Liberal Democrats at our lowest ebb, and then led us to our best result for 70 years. As a movement, we owe him our very existence. Much love to Jane and the family. Thank you boss.’

‘24 hours after the referendum in 2016, I called for a public vote on the final deal. After last night's historic defeat for the Government, I'm more convinced now than ever that giving the people the final say is the only way we can move forward’ - @timfarron

‘We have reached the place where the only democratic, legitimate, peaceful and consensual way through this appalling mess is to give the people the final say. Let our future not be one that anyone can claim was foisted on Britain by politicians, by this Prime Minister’s Whitehall/Brussels stitch-up. Let our future be one that is owned by the British people that was endorsed by the British people that has a legitimacy that brings the unity and the healing that only a final say can bring – from a speech in Parliament

‘As a democrat I'm prepared to see the UK leave the EU, but I'm not prepared to rubber stamp a deal the people haven't expressed their view on’ – blog for the Huffington Post 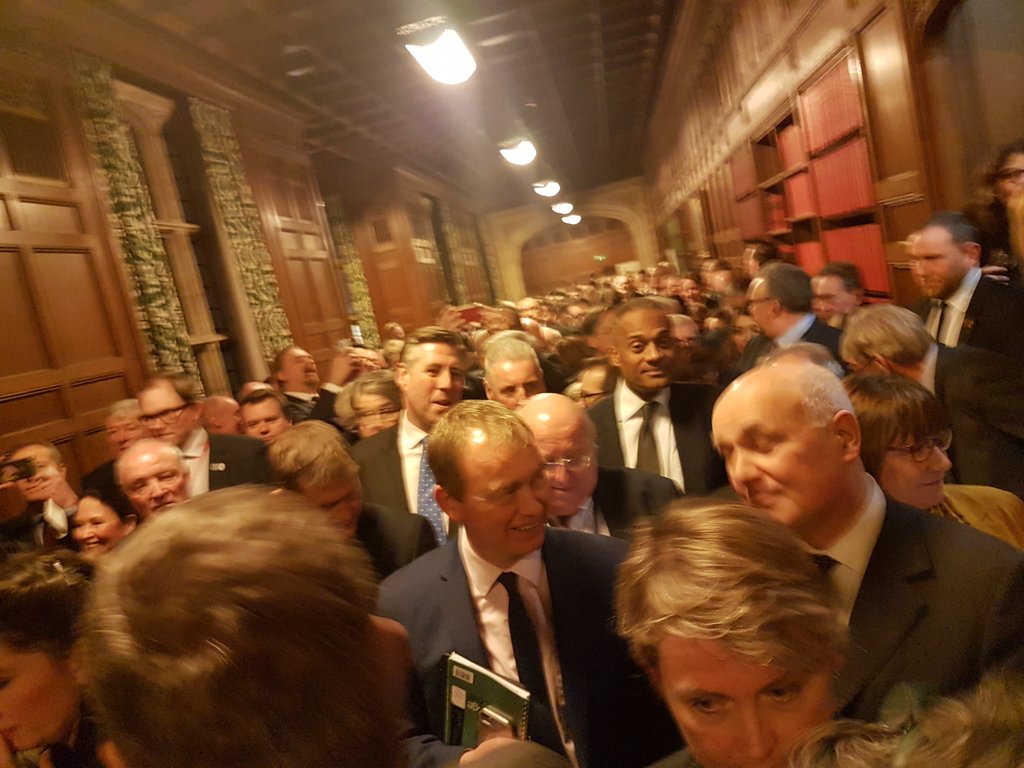 Plans for the Future

Future events for young people across the constituency include planned ‘football surgeries’ – five-a-side football and an informal chat with Tim – and a North West ‘Youth Action Day’ where young Lib Dem supporters from across the North West are invited up to South Lakeland to help out with our local election campaign. Any suggestions or ideas as to how we can engage more with local young people are also welcome! Email [email protected] or contact our Facebook page. 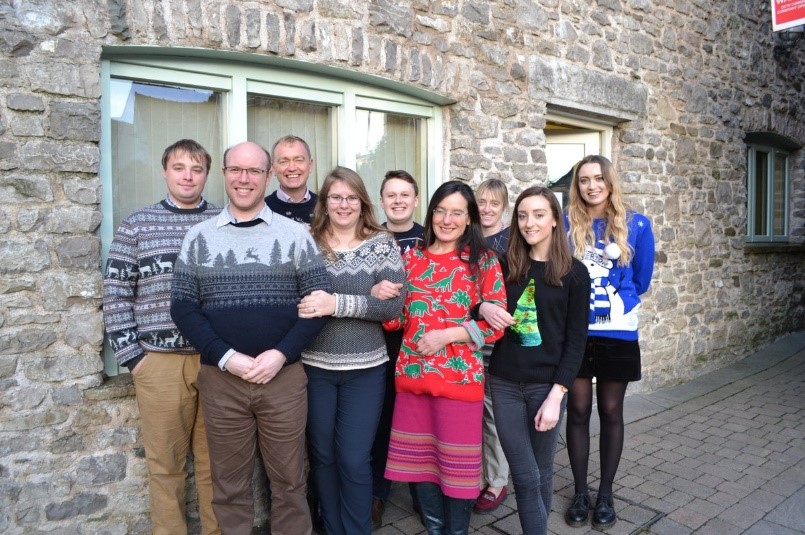